Meet the experienced and friendly doctors and staff who make Oroville Vision Optometric Group a proud provider of vision care products and services in Oroville. 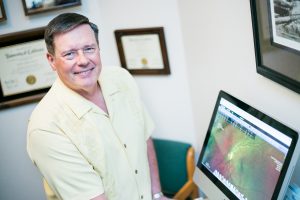 Dr. Steven Rocchi was born in Michigan’s Upper Peninsula. His family moved to Oroville in 1964, where he attended school from 4th grade (Nelson Avenue Elementary) through high school (OHS). In 1975 he graduated with honors from U.C. Davis, receiving a bachelor’s degree in genetics. In 1977 he was admitted to the U.C. Berkeley School of Optometry, receiving a bachelor’s degree in optometric science in 1979 and his doctorate in 1981 (Go Bears!). He subsequently joined Drs. Mastache & Mennucci on Bird Street, relocating to the present site in 1987. He served twice as President of the Golden Empire Optometric Society, and is a long-standing member of the California Optometric Association and The American Optometric Association.

Dr. Rocchi served on the Oroville Elementary School District Board from 1990-1998. After serving 8 years on the Oroville Union High School District Board, he decided to self-impose term limits and retired in December 2008. For ten years he enjoyed both coaching and refereeing for the Oroville & Butte Soccer Leagues. Leisure activities include reading, tennis, bowling & horseback riding. He and his wife, Barbara, have been happily married for 34 years and have four children (Ian, Marina, Vanna & Kyra). 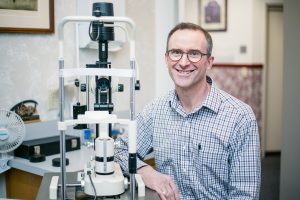 Dr. Michael Spanfelner was born in Red Bluff, CA and graduated as valedictorian from Mercy High School in 1985. He received his Bachelor of Science degree in Biological Sciences from U.C. Davis in 1989. In 1993 he graduated with honors from U.C. Berkeley School of Optometry. He joined Oroville Vision in 1996. He is a member of the California Optometric Association as well as the American Optometric Association. Dr. Mike has actively served in the Oroville Rotary Club since 1997, attending weekly meetings and participating in fundraising events and local projects that benefit our Oroville community.

Outside the office, Dr. Mike enjoys spending time with his wife, Amy, and their two children, Phillip and Hope. They are involved in scouting and various sports such as basketball and swimming. When there is free time they also like to boat on Lake Oroville where you might spot them skiing, fishing, or simply relaxing on the lake.

You can schedule your next appointment with us online!